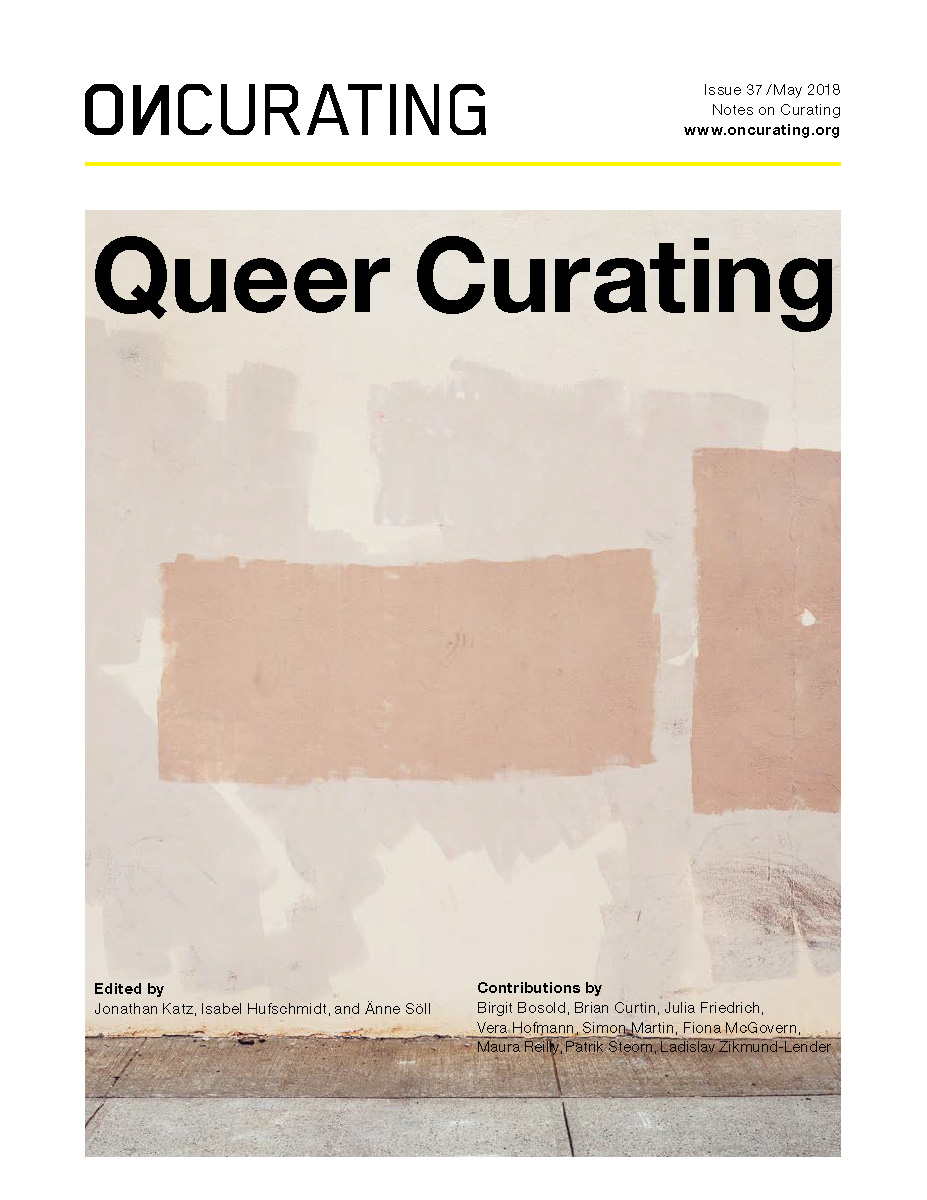 by Jonathan Katz and Änne Söll

Queer is a term that sets out to question normative, and especially heteronormative, systems and relations within society. Queer Theory understands gender and sexuality as relational constructs, subject to historical and cultural variation. Because the idea of “queer” tries to go beyond the idea of a permanent and stable identity, it works to connect sexual orientation to other forms of identity rooted in the unstable ideological quagmire of “orientation,” such as race, age, or ethnicity. In this way, it incorporates the idea of intersectionality, showing how multiple modes of identification cross-pollinate.

From Dan Cameron’s very early Extended Sensibilities in 1982—a queer exhibition that strenuously avoided using any queer nomenclature in its title—to Jonathan Katz’s 2010 Smithsonian exhibition Hide/Seek: Difference and Desire in American Portraiture (that notably did the same), the question of nomenclature has been a defining problem in queer exhibition making. In part this is because of fears of a prejudicial response, but it also reflects the rapid mutation of language referencing same-sex desire, and more to the point, its shifting ontological/ideological ground. Whereas gay and lesbian, for example, accepted a binary, totalizing structure for sexuality, one so complete that the few individuals who fell out of it earned their own sobriquet “bisexual,” with the advent of queer the very notion that human sexuality could be parceled out among different people as an essential difference has come increasingly under fire. Queer theory instead held that rather than reify a concept of sexuality as inherent, sexual differences were mere constructs, of no greater import than other questions of human taste, and like other such tastes, capable of change in a non-binaristic way.